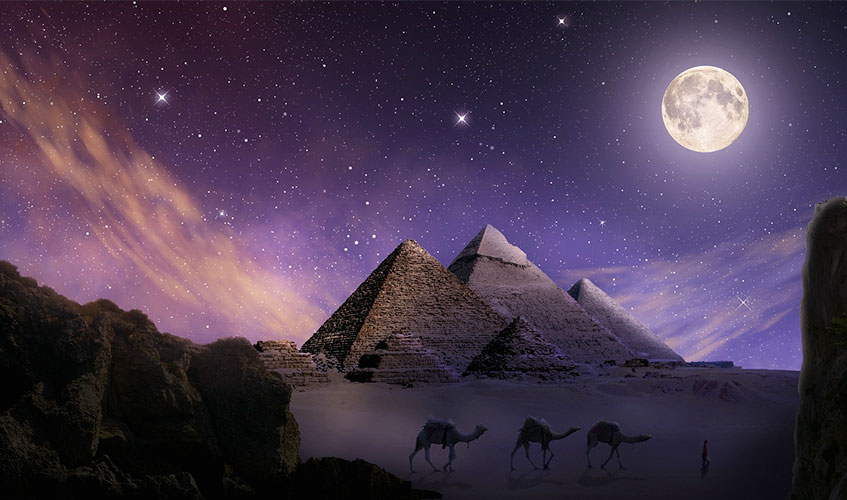 Pyramids have always fascinated mankind and probably always will. These impressive buildings have been on our mind for thousands of years, and new and new theories of their origin, purpose and related stories are emerging to this day.

Among the more familiar and sober ones belongs the one that says that they are basically the tombs of the great monarchs, who had built them during their lifetime, to amaze people by their size and to strengthen their faith in their divinity. Also generally accepted is the thesis that they were used as treasure chest for the most precious treasures of their time, or as places of the most sacred religious ceremonies.

But fans of conspiracy theories and mystery fans can’t get over number of facts. How could technically primitive nations (from our perspective) build such huge structures formed of several-ton blocks? It is a coincidence that the deployment of pyramids often accurately copy the position of stars and planets, whose existence they could not have known at the time? How can we find pyramids independently of each other in different parts of the world?

Therefore, there are many opinions that pyramids are nothing but ancient observatories, sophisticated astronomical calendars, or also the unknown way of communicating with extraterrestrial civilizations.

We in Questerland have also inspired by this theory. And we have prepared for you the Star Element game, where you will find yourself inside the pyramid, where the last remains of mysterious symbols that no one can decipher are preserved. This is where the gods hid one of the star artifacts. The technology of local civilization is at such a level that it allows you to travel in space-time through special portals, but in order to pass through them, you must first decipher a series of puzzles to unlock the portal doors. So, an amazing fun for the whole family.