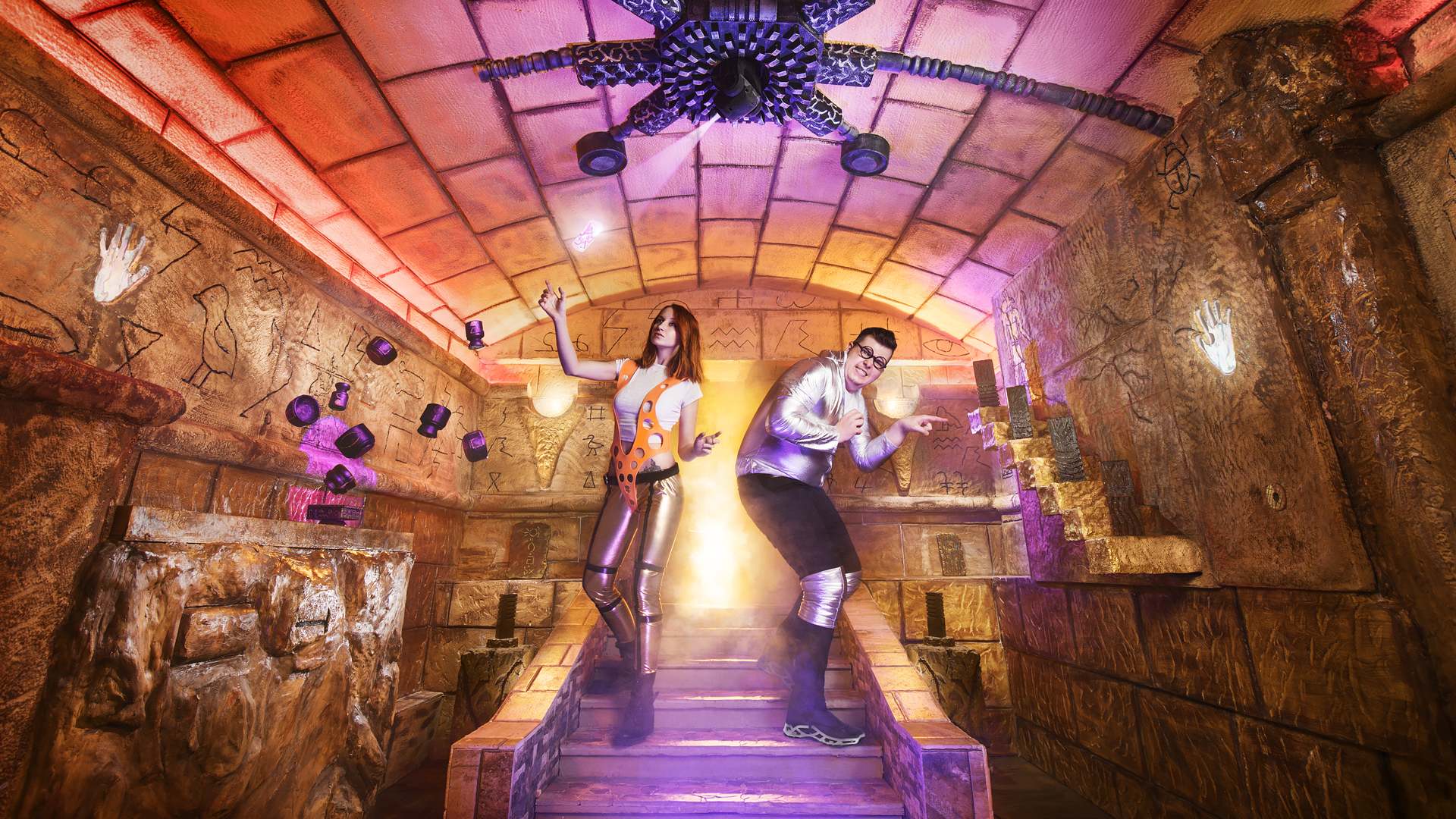 In one hour of the game you will visit the planet with the level of development of Egyptian civilization, the cabin of the spacecraft and in the cabin of the alien ship. This is a real journey between different worlds.

3 atmospheres in one game!

Enter 2018 with a new level of the gaming industry!

While creating the quest, we were inspired by the stories of the films Star Wars, StarGate and the 5th Element.

Planet Earth is being invaded by evil. It is necessary to collect artifacts of an ancient civilization that have protected our planet 3,000 years ago, but perished by itself. Your team has been sent to collect 4 artifacts.

Your path begins in a distant star system, on the planet Tatuin, where the Gods (aliens) have banned writing. You fall into the pyramid, where there are still mysterious symbols that no one can explain. Here the Gods established the ancient artifact. The technology of the alien Gods has reached a level where you can navigate through portals, but in order to do this, you need to open the portal doors.

You will experience teleportation to the future of civilization on Earth, as well as what its like, travelling in an alien spaceship.

Collect 4 items, go through the Stargate and save the world!